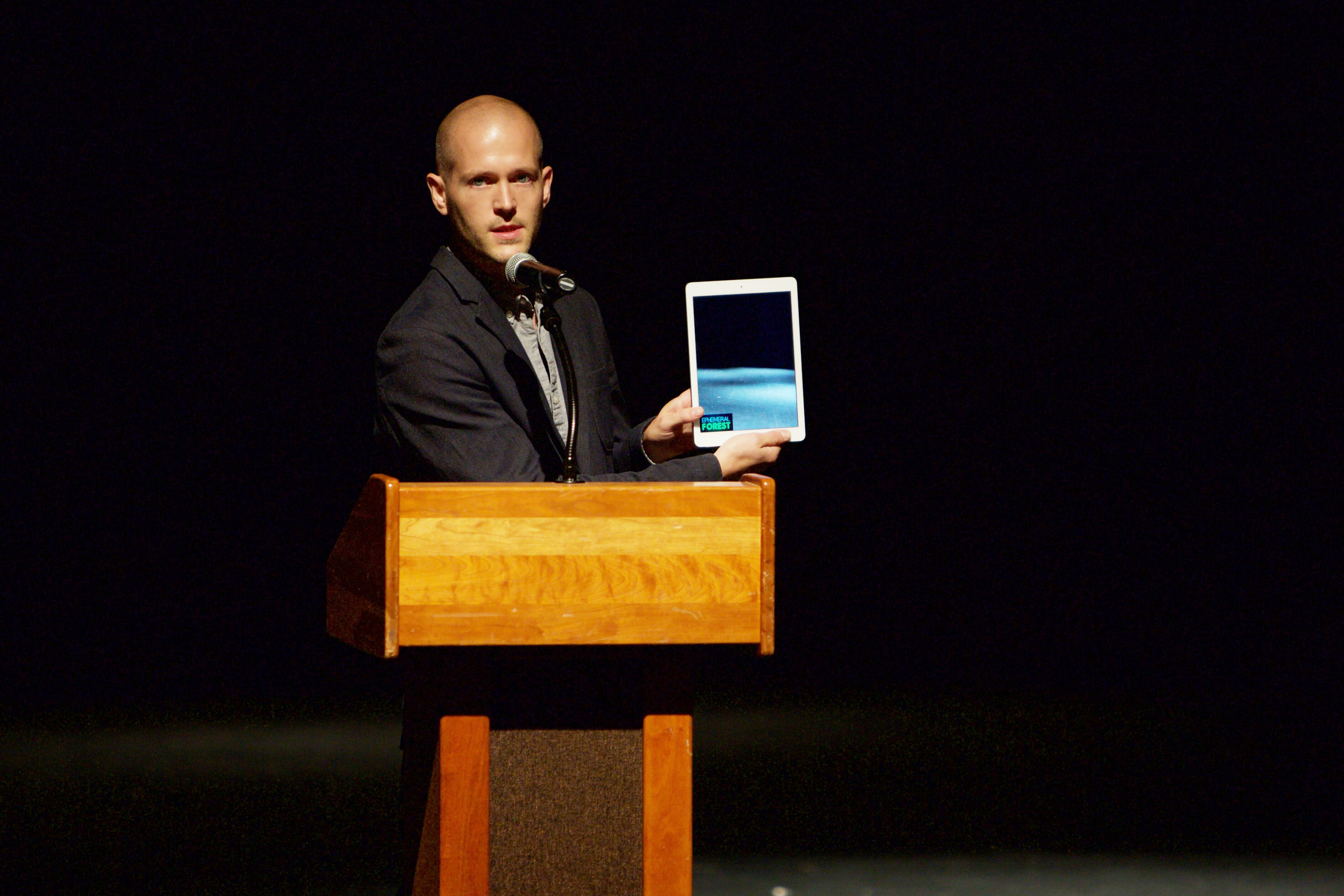 Ephemeral Forest is a collaborative storytelling installation piece. Held at the Sharon Lynn Wilson Center in Milwaukee, WI. The audience was given each an iPad that contained an augmented reality application. Led by GPS based fireflies, the audience was allowed to explore the Ephemeral forest, set on the sites 5-acre lot, bordered by a decaying forest that includes trees that are over 200 years old. Using augmented reality, the audience experienced a series of stories led by 3D modeled, rigged and animated animals that brought awareness to the forests state of decline and the group of animals that are endangered or at risk of losing their habitat if the forest disappears.
↑Back to Top

Insert copy here, which should vary depending on your region. Accept